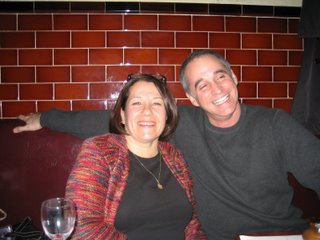 It was the summer of 1980, I think. I had been out of college for a year, worked in New York City and basically felt as if I owned the world. I longed to travel and as it happened, I had come into possession of an American Express card. This seemed to catapult me to some sort of adulthood not known before. It was as if the plastic rectangle, green with black raised letters and numbers said, “Go!” So I did.

Eastern Airlines (remember them?! they turned into the greatest single source of frequent flyer miles that I ever knew…) had introduced transcontinal widebody jet service from New York to California, so I decided that it was time to visit a friend who was living and working in the as-yet-unnamed Silicon Valley. Maybe it was called that – who knows, but it was not part of the common language. He worked with something called semiconductors and was very smart and had gone to Princeton, so I just figured that whatever he did was Important.  Who cared? I wanted to visit California!

Off I went, flying to San Francisco. A couple of things happened on this trip, words uttered to me in passing, that I hold in my heart here, 31 years later.

One utterer of such words was the man I was sitting next to on the plane. This gentleman, from San Francisco, had paid his first visit to NYC and was headed home. He loved NY, but one thing upset him… He said that people were in way too much of a hurry and that it seemed awful to him that we ate as we walked down the street. He could not fathom not stopping to eat. As a New Yorker and as a young New Yorker (not yet 23), I had no clue what he was trying to say.

What he was talking about was being present to one’s food and the need to stop. Stop. Stop. Eat. Go. Not EatGoEatGo. He seemed mildly amusing to me with this thought that he went on about at length; he could see that I did not understand why walking down the street while shoving a hot dog in your mouth was not a good thing.

The man must have been about 40-something. To me, he seemed ancient and eccentric. However, looking back, he was neither and he was if anything, prophetic.

The other utterer of words was the woman who then ran the San Francisco office of my then-employer. I had spoken to her on the phone plenty and then, as now, I was driven to meet people who passed through my life. So I had made plans to meet her for lunch.

We met up and had a marvelous lunch at Green’s, which was then both new and impossible to get into. Apparently she had held a reservation there for some time and was planning on taking a client to lunch. I’m not sure how I ended up with the lucky lunch ticket, but I did.  It was my introduction to a kind of food that was at that time quite unusual for a hot-dog-eating-and-walking-girl like myself. I can still taste that salad… Mmmm.

In any case, after lunch, we took a walk – it was a spectacular day. This woman, who was 45, she told me her age, which shocked me at the time, went on to relay a wistful story to me.  I think that I had asked her about her life as a single business woman in San Francisco. (As I aspired to be that selfsame thing in NYC.) She said that she loved it but had become more and more aware of the transient nature of life.

This conversation made me vaguely uncomfortable, a feeling that I did not have the words for then, but that I can still conjure up today, with little effort. In any case, she went on to say that after years of city living, she noted that she would have wonderful, full, rich circles of friends only to have a year or two pass, and then they had all moved on. As we strolled, she spoke about how sad this was to her; people that were her closest circle and then they either moved, got new jobs, got married – or got divorced and they went away. Every few years the circle would recycle completely and she found it unsettling.

At the time I had no clue what she was saying, but I do know that I did not at all like how it felt when I heard her words. As a 22 year old, I had no idea what to say and at some point, it seemed like she caught herself being misunderstood and changed the subject. I don’t think I ever saw or spoke to her again.

Here I am, about to turn 54. I recall with tremendous clarity, my 50th birthday. Although I had gotten married in April of 2007, I did not move to Clifton Park full time until Thanksgiving 2007. So on my 50th birthday, I was actually at my house in Nyack and as it happened, that was the very last day I ever went into the office at my former employer. (After a 21 year career…)

I met up with a group of friends after work and we had a lovely celebration. Now I look back and I am only in touch with 2 of the people that were present there. Other than the odd Facebook contact, if that, the group has recycled.

This makes me kind of sad and I am reminded of that woman in San Francisco in 1980.

I’m not sure why this is and I do know that I am in the right place, but as I approach 54, I am reminded of these two things.

Now I can see the value of stopping to eat and be aware, for health purposes and also because (warning – church nerd alert!) and maybe even more importantly, it is also essential eucharistic theology.

As for friends… that is another post for another day. I do know that I have this photo from that day and this is the only photo that I can find from that day! As it happens, my beloved Evan and I are still friends and I hope to see him by week’s end.

This post is twice as long as I’d like it to be and I really must get to work, but this was on my heart today and it is out in the world now.

I will end by inserting this song from 1978… Time Passages. I must be getting old!

4 thoughts on “The Dymamics of Movement, The Passage of Time”