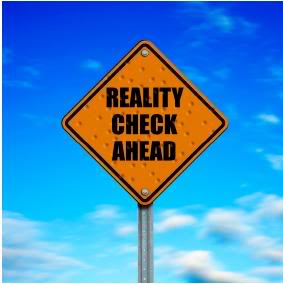 The headline on Google news woke me up… “Church Changes Stance on Gays.” Then there was this one, “The Church Says It’s OK To Be Gay, Sort Of.”  With no news outlet willing to to be outdone, this doozy read: “Vatican stuns Catholic world with greater openness towards gays and lesbians.”

The sound bites are driving me insane. Earlier today I regretted not having time to write something about the topic, now I am glad that I didn’t. So much noise!

Without a doubt, the “relatio,” which is a working document that has caused a stir. That is almost too bad, because it feels like things which need to be slowly read and understood, but are instead gulped down and regurgitated as this news.

Reactions from all sides of the spectrum are revealing. Apparently some of my more traditional sisters and brothers felt “betrayed.” More than one cardinal or bishop felt like things were not well represented by the relatio document. Then of course the news media with its “Hay hay, yay yay, to be Catholic and gay is suddenly okay!”

Personally, I liked what my friend, professor and theologian, Natalia Imperatori-Lee had to say on Facebook. She wrote:

“This morning’s frantic walk-back of the Synod working document is symptomatic of the no-dialogue, Rome-always-has-the-final-word church culture that has been cultivated by the previous two pontificates and that Francis is trying to upend. The press is not used to a document that reflects a diversity of opinions, and some bishops are totally freaked out that someone might discover (as so many people have always known) that the bishops are not of “one mind” about every single thing. Then again, if you are brought up in an ecclesial context where the pope merely has to say “this question can no longer be discussed” to end a discussion, you can see where the confusion might arise when adults are allowed to freely voice opinions, dare to be right or wrong, and speak truth to power. Francis is trying to re-teach the bishops how to be bishops in community, with legitimate disagreements about all sorts of things, drawing on their experience as pastors (for those who have that sort of experience). It’s up to us to re-learn how the development of doctrine happens, and that unity and uniformity are not only different, but frequently at odds. (/rant over, sorry to nerd out about the church)”

Another theologian/professor friend, Stephen Okey posted this about how some conservative Catholics reacted to the “working document” on his on his Tumblr:

That did make me laugh.

Yet, with all this “news” I am left shaking my head and thinking about the pastoral reality of daily parish life.

Imagine this, the phone rings, or perhaps someone walks into the office to speak with you. You can hear the persons voice shaking, maybe just a little, if they are nervous. With others you may sense their anger.  Their business with you might be seemingly mundane, such as arranging for a mass and getting a mass card. Yet the barometer in the room drops, even if this is happening over the phone.

The caller/visitor explains that their aunt/uncle/sibling/parent or whomever has died. I don’t ask them this, people generally like to talk about it, and it is a privilege to listen. If I don’t know them I ask if they are a parishioner. This is a generalization, an amalgam of numerous encounters, but the reply goes something like this.

“No. I used to be Catholic but not any more.”

Now the silence hangs like a low dark cloud moments before a storm. You can hear the crackle of electricity, feel the wind.

“Oh,” I might reply, “I’m sorry, it’s fine. I’m just here to help, and I wanted to know if the parish could do anything for you.”

Then it comes, beginning with “I don’t belong here.” It may turn into, whether it was my work parish, or some other place. They tell you “I left because…” Their voices turn from shaking to anger, or worse yet, from anger to fury.  Some simply dissolve into tears, because of this sadness, pain, or rejection. The person now explains that they themsevles are divorced, or gay, or the parent of a gay child, or a single parent. The specifics don’t matter – one day they were “in” and then they were “out.” 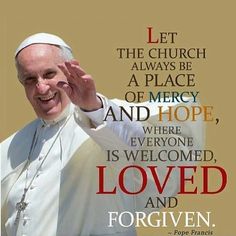 Sometimes the removal is self-directed, just figuring they don’t belong. Sometimes they are told to leave, or perhaps the cold silence that is pointed their way like a missile ready to blow.

Either way, I never leave these encounters the same. Each time my heart hurts a little more, the sadness grows deeper.  Church should be a place of healing hearts, not breaking them.

Speaking of broken hearts, imagine all the circumstances that I’ve just described, but you are sitting in a room with the adult children of someone who has just died. You are there to help them with the practical elements of planning a funeral, but you are also there to try to offer comfort in a most difficult time. Suppose that several of those adult children have the aforementioned sadness… more likely anger at this point. And in their pain, they tell you.

That is pastoral reality. Rules, doctrine, and canon law are important, but

So while we are busy digging through headlines and listening to a steady stream of soundbytes, blowing like this wind, one way or the other, someone’s heart is breaking. Or their fury and anger at the Church is so great, that they are forever changed by their hurt.

For me, I have to take into account the tremendous responsibility that I have been given every time I answer the phone or welcome a visitor to my office.  That does not mean I throw doctrine out the window, but if I cannot listen deeply with my heart.

When someone lies bleeding before you on the ground, because they allegedly did something “wrong” like dart out into the street without looking both ways, would you lecture them on traffic laws or would you try to get them help?

Two days ago, Pope Francis offered a homily that I believe must be heard in the light of recent events. He said:

Is it possible to not hear all the fighting about doctrine today and not think about Jesus who said, “Do not think that I have come to abolish the law or the prophets. I have come not to abolish but to fulfill.”

As a parish secretary, I am more of a triage nurse than I am a canon lawyer. My knowledge of canon law is helpful, and I rely on it often, but it is nothing but words on a page. If that law is of God, then I do expect a few surprises. That is on my mind far more often than how I can keep out the lawbreakers… Because if I did that, the church would be completely empty, wouldn’t it?

Here are some good links in regard to the relatio flap that had everyone reacting yesterday.

From Fr. Austin Fleming at his blog.

From Deacon Bill Ditewig at his blog.

From John Thavis at his blog. I did not single out a particular post at Thavis’ blog because all recent posts are worth your time. He covered the Vatican for years for CNS, and has a wealth of knowledge and insight.