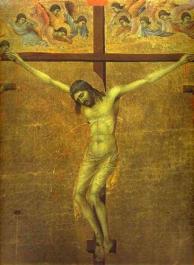 A vaccine is made up of something that might harm us, but is used in such a way to give us a dose of it so that we might remain well. Homeopathic medicine has the “law of the similars” which says that substances that might cause ill, when used in particular doses, heal. I’m sure you see a theme emerging.

Once I met a woman who was deadly allergic to cats, but she fell in love with a man who was a cat person. She realized that if they were to ever find happiness, she would need a solution. She told me that she would go up to the cats and hold them to her face, breathing them in, causing congestion and asthma. Eventually she said the symptoms lessened, and her allergy was gone. Love and happiness ensued.

We were at a party when she told this story. A few people, despite seeing a young woman of robust good health before them asked why she would risk her life by going head first – literally – into what might have killed her. Her reply was simple – because of love.

Today we are faced with the Cross. The conundrum of death leading to new life hits is before us. Will we take some of the poison in order that we might be healed?

With that thought in mind I find myself going to John 5:6 when Jesus asks a man, “Do you want to be well?” Today I ask myself – do I want to live?

If the answer to either question is yes, I have to do something. No, not the rugged independence of healing or saving myself, but rather the taking of the medicine that might kill me, so that I might live. In this case the medicine is the cross, a sure and certain death, so that I might live. In this context, the question of whether I want to live or not takes on a new meaning.

Of course I want to live. Don’t you? But are we willing to die in order to do so? Today we commemorate Jesus’ crucifixion. Many non-Catholics recoil at our crucifixes with dead, sometimes bloody Jesus on them. Someone recently wrote to me in an email, “The first thing you Catholics have to do is get rid of those awful crosses!”

But no. We are the Body of Christ. The incarnation, which is at the heart of all of this, God made flesh, demands that we, like the woman at the party, inhale deeply the scent of death. The only reason to do such a thing is love, the love of Christ.

What will you choose today? Good Friday after Good Friday, frankly – day after day – I want to be healed, I want to live, but I employ stupendously complicated mechanisms to avoid the cross. That’s why I need to see the whole picture, not seeing just a dead and bloodied man, but seeing open arms and the invitation to love and to life.

The question comes before us today in a special way. What will we choose? Do we want to be healed? Do we want to live? The only response for me is to open my arms, inhale deeply, and go to the cross. Christ is there. Will you be there too?