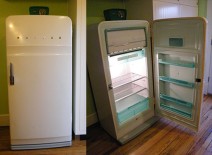 The little girl watched as scraps of leftovers were wrapped up in “tin foil,” placed carefully in the old refrigerator. It the kind where one big, old, heavy door opened to reveal a small inner freezer that was in seemingly constant need of defrosting. If you are younger than maybe 40, you may have no idea what this is – well, what this was. If you are under 30, I’m pretty certain you do not have a living recollection of it, at least most of you won’t.  Anyway, I digress. It was simply made very clear that nothing was to go to waste because there might not be enough for later or tomorrow. 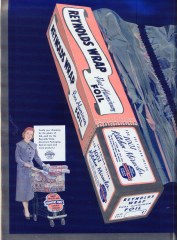 The little girl was me, and the wrapper-upper of food was my mom. The old fridge was in the kitchen of our apartment, and “tin foil” was what we called aluminum foil. My mother was born in 1914 and raised in a very poor family in New York City. By time the Depression rolled around in 1929, my then 15 year old mother was already out of school for two years, quitting to go to work to help the impoverished family. Worries about “enough” were very real. I did not grow up in poverty, nor did I grow up in luxury. Thus we were very careful about not throwing out that which might be of use. The struggle was real – there might not be enough!

This has left its imprint upon me in ways that I am only beginning to understand now that I am headed to age 59. (Yes, the math is correct, my mom was older – 43 when she had me.) In any case, I grew up saving every scrap, and in early adulthood I rebelled and grew into a life of often wasteful greed. Not to mention the fear of not having enough to eat has fueled a lifetime of being overweight, but that is another story for another day.

Anyway, back to fear of no food and also to over abundance of food. Did you know that up to 40% of food in the United States is wasted. Yes – up to 40%! How much does that translate to? 70 billion pounds. Let me say that again – SEVENTY BILLION POUNDS! Sorry for all the !!! and for the CAPS! I’m agitated. 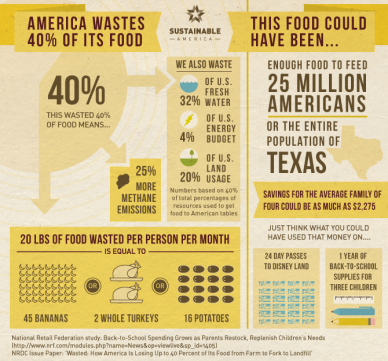 In today’s Gospel from Luke we hear one of the feeding of the multitudes Gospels. It all boils down to Jesus words to his stressed out disciples who were worried that people might not have anything to eat. They must have been retail oriented folk, because they wanted to send people away to get food for themselves. Jesus then said:

Give them some food yourselves.

What did he say? Yes, he said that they should give them some food. The disciples, God bless them, had no clue. Kind of just like us!  How are we supposed to feed everyone? We are fearful and distressed. Jesus – he knows we’ve got this because of Him.

We who have this great privilege of Eucharist might be well advised – and trust me, I’m talking to myself as much as anyone else here – to really consider both what we hear and what we celebrate on this day. We also need to consider what we consume and what we become. This is heavy stuff that takes years of learning and relearning, I pretty much feel clueless and inadequate myself, but hear me out and let me know what you think.

Each time we come to mass we know that there will indeed be bread. Some of us take that for granted. Some of us believe that we have been good and therefore deserve our share – hey man, we *worked* for it! You who did not *work* – meaning sinners I guess,  then you can’t have any!  Well, Pope Francis, in his own very Jesus-y way blew a hole in that one some time ago when he said:

There are other issues, one in particular that I have been guilty of myself. That is that we make an idol out of the Eucharist, typically with great respect and unknowingly, but we do it. Eucharist is not simply some deeply reverent moment between Jesus and me, or Jesus and you. Eucharist is the most communal of all moments at mass, one where we are truly united in Christ and where we are meant to “stand as one body in Christ.” 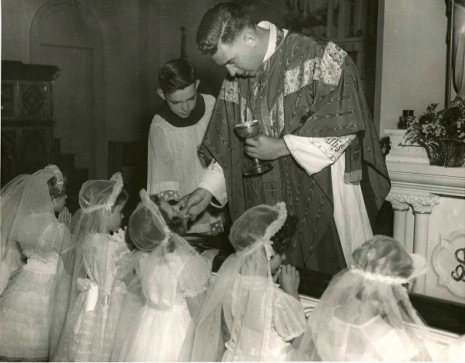 This brings up issues about how we receive (hand or tongue), whether we sit, stand, or kneel (kneeling is the accepted posture, but standing is not prohibited; sitting is allowed if there are no kneelers) , the appropriate amount of respect shown (how do we know what is in another persons heart, even if they look pious, or if they look disinterested?), and so forth.

The Eucharist is not something to be seen as Jesus in some way external to ourselves, but rather the broken and blessed Body of Jesus the Christ (and not in a symbolic way for Catholics) that is given to us as food from heaven. This nourishment gives us the the power to go out and be Christ in the world. Quiet time in prayer after Eucharist may indeed be reverent, but if it all that we do, then maybe we are nothing but hoarders?  I know, that’s harsh, but I think it is true. Are we more worried about what we get rather than what another is fed? If we eat and drink at the table of the Lord, we are thereby exhorted to get out there and be bread for others in many ways. This leads me to my next point which is about feeding others…After all, we have been told we can “feed them ourselves.” Do we believe this?

(We will pick this up in a day or two with part 2, so this will be continued…)